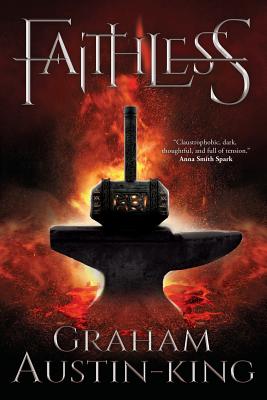 Share:
The temples of the Forgefather have fallen. The clerics and defenders that could once be found across the nine lands are no more. Priests huddle in the great temple, clinging to the echoes of their lost religion. But the Father has fallen silent. There are none who still hear his voice.

The mines of Aspiration lie far below the temple's marble halls. Slaves toil in the blackness, striving to earn their way into the church and the light. Wynn has been sold into this fate, traded for a handful of silver. In the depths of the mines, where none dare carry flame, he must meet his tally or die. But there are things that lurk in that darkness, and still darker things within the hearts of men.

When the souls bound to the great forge are released in a failed ritual, one novice flees down into the darkness of the mines. The soulwraiths know only hunger, the risen know only hate. In the blackest depths Kharios must seek a light to combat the darkness which descends.