Faith of the Fallen — Terry Goodkind 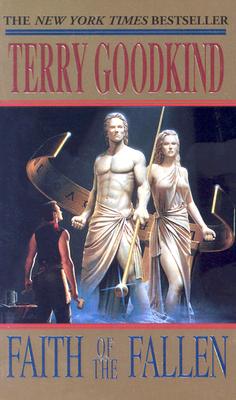 A NOVEL OF THE NOBILITY OF THE HUMAN SPIRIT

As his beloved Kahlan lies close to death, Richard Rahl, who distrusts prophecy more than anyone, is confronted by a compelling vision--one that bears a terrible price. It would mean taking Kahlan away to safety while abandoning his people to a grim fate.

In this tour de force from bestselling author Terry Goodkind, as savage hordes stand poised to invade their homeland, Richard and Kahlan's devotion, not only to each other but to their cause and their duty, is imperiled in the descending fury of war. Amid the turmoil, Nicci, a woman from Richard's past, haunted by her memory of him, makes a fateful decision. Despite Nicci's hunger to understand the source of Richard's indomitable will, her burning passion to destroy him commits her to the unthinkable.
Reviews from Goodreads.com 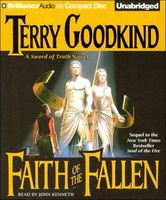 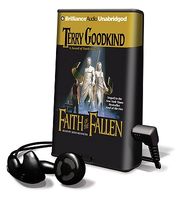 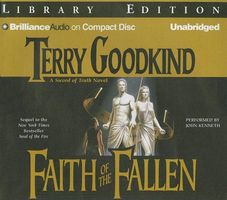