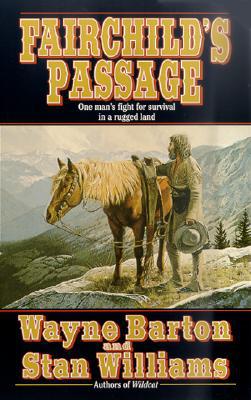 Young Ethan Fairchild and his childhood friend, David Stuart, are heading for Oregon in ox-drawn covered wagons to make lived for themselves. between the two is beautiful Jessica Thorne, daughter of the train's strict leader. The pursuit of Jessica's affection brings the young men's friendship to a heated rivalry. With no other way to settle the matter, Fairchild and Stuart ride away from the wagon train to fight for her hand.

It is the moment Thomas Silverhorn has been waiting for. The half-breed bandit has been observing the train's progress. With hi long white hair billowing behind him and a savage cream boiling from his throat, Silverhorn attacks Fairchild and Stuart. Fairchild's horse is shot out from under him, and he is knocked unconscious in the fall. Meanwhile, Stuart makes a stand and gets away.

Fairchild--abandoned, presumed dead, and now on foot--must make it back to the wagon and the woman he loves. He is a stranger in a hostile land and every step he takes might be his last. Though the land may look deserted, he is not alone.