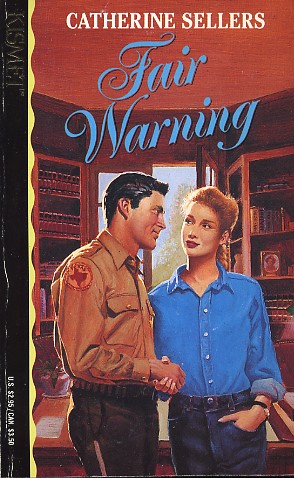 Kendall Jamison was surprised when Sheriff Jacob Sentell offered her the job. Not every man would hire an ex-convict to work as a live-in housekeeper and nanny for his five motherless children.

Jake had serious reservations about Kendall's guilt in the scam that had sent her to prison for fraud. His lawman's gut instinct told him she was protecting someone, but who and why? Based on her excellent prison record and recommendation from the Houston day care center where she'd worked, he was willing to give her a second chance.

Life in the Sentell home was nonstop, spirited activity. At first, Kendall thought she was falling in love with the notion of family life. Still, every time she looked into Jake's smoky gray eyes, the truth squeezed her heart. She was falling in love with the man who enforced the law. But in a small town like Rosemont, Texas, did the love between the sheriff and a jailbird have a prayer?