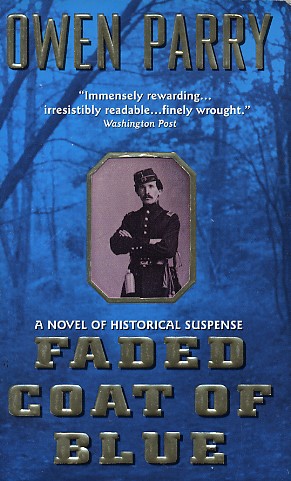 Share:
"It was a dark time, that first autumn of the war. We had no victories and few heroes. The country was impatient with Mr. Lincoln. It seemed we could not bear another blow."

A recent immigrant to this land--where American has taken up arms against American--Abel Jones finds himself mysteriously chosen as confidential agent to General George McClellan, the "savior of the Union." No stranger to the cruel paradoxes of war, Jones is asked to investigate the death of Anthony Fowler, a young volunteer captain shot through the heart outside an encampment of raw recruits. Fowler was one of the North's "golden youth," envied and idolized, an impassioned abolitionist and sole son of a powerful merchant dynasty. Instantly, his murder is blamed on the Confederates--but whispers haunt the death of this fallen martyr, leading Abel Jones from the blood of the battlefield through the intrigues of Washington, D.C., and into a web of secrets and sinister relation-ships where evil and good intertwine...and where heroes fall prey toy those who cherish them the most.