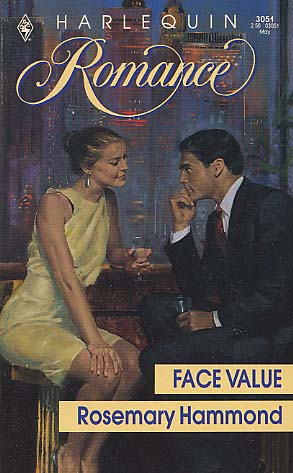 Christine Connors had decided to pack in her successful modeling career to pursue her real dream. She was going to teach deprived kids.

Then, for the sake of her friends in the New York agency, she gave in to their persuasion and agreed to do one more job. For John Falconer, supposedly a sedate stockbroker.

Except that John had devised the offer of making a television commercial simply as a way of meeting Chris. And his proposition turned out to be anything but business!