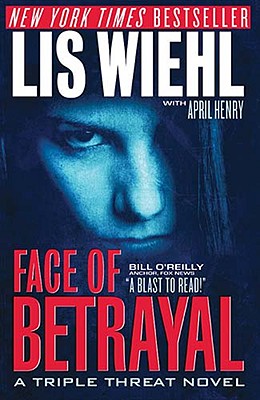 While home on Christmas break, a seventeen-year-old Senate page takes her dog out for a walk and never returns. Reporter Cassidy Shaw is the first to break the story. The resulting media firestorm quickly ensnares Federal Prosecutor Allison Pierce and FBI Special Agent Nicole Hedges. The three unique women are life-long friends who call themselves The Triple Threat--a nickname derived from their favorite dessert and their uncanny ability to crack cases via their three positions of power.

Though authorities think Katie might have been kidnapped or run away, those theories shatter when Nicole uncovers Katie's blog. They reveal a girl troubled by a mysterious relationship with an older man. Possibly a U.S. Senator.

As the three women race against time to find Katie alive, their increasing emotional involvement brings out their own inner demons and external enemies. There are many faces of betrayal, but they must find one face in a crowd of growing suspects before they become the next victims.