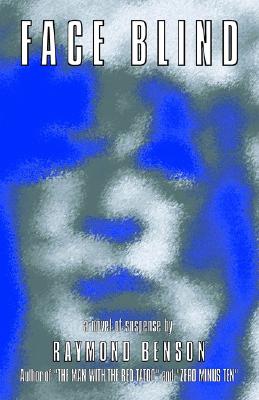 From Raymond Benson, author of the acclaimed James Bond continuation novels between 1996-2002 and other works of suspense, comes a new and edgy noir thriller.

Imagine a world where you don't recognize the human face. That's Hannah's condition--"prosopagnosia," or "face blindness"--when the brain center that recognizes faces is inoperable. The onset of the condition occurred when she was attacked by an unknown assailant in the inner lobby of her New York City apartment building. And now she thinks he's back, and not just in her dreams.

When she also attracts the attention of a psychopathic predator and becomes the unwitting target of a Mafia drug ring, the scene is set for a thrill ride of mistaken identity, cat-and-mouse pursuit, and murder.

FACE BLIND is a twisting, turning tale of suspense in which every character has a dark side. The novel will keep the reader surprised and intrigued until the final violent catharsis.
Reviews from Goodreads.com