Eye of The Storm — Kat Gracey 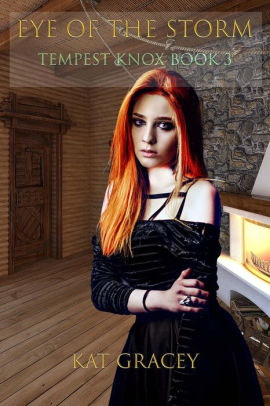 Share:
A blast from the past shakes Tempest to her core... Tempest finds that her life is about to go from bad to worse. Her long lost father has shown up, a man with few memories of her mother or the island, but he is searching for the truth.  Is Will still on her side? Will has his powers back, now that the curse has been lifted, and he is trying desperately not to use them. If he gives into temptation, how long before he returns to his evil ways? He genuinely cares for Tempest, but it may not be enough.As Tempest tries to deal with the men in her life, she discovers that the door to the Otherworld is about to be opened and when it is, thousands of demons will escape into this world.Tempest is in a race against time to stop it before she loses everything. Will she succeed? Book 3 in the Tempest Knox Series