Eye for an Eye — Kerry Wilkinson 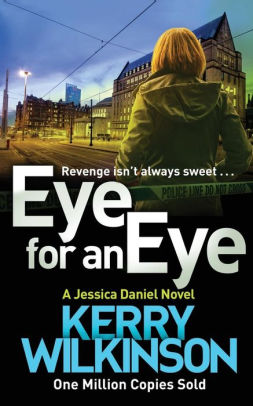 Share:
In bestselling crime author Kerry Wilkinson's Eye for an Eye , DI Jessica Daniel is tasked with multiple investigations while facing demons from her past. Seventeen years ago, Damian Walker abducted five women because the voices in his head told him to. Now he has been declared sane and is about to be released back onto Manchester's streets with a new identity. But within hours, there is another attack similar to his previous ones. Walker has proof it's not him but is he reliable, and, if so, who is trying to frame him? DI Jessica Daniel and her chief are given a parallel task to the main investigation: Keep an eye on Walker but that's not all Jessica has to do. Rock star Blaine Banner is playing a series of homecoming gigs but is convinced someone's trying to kill him, while a bride-to-be is picketing the police station, demanding someone finds her missing fianc. All the while, faces from Jessica's past are watching and waiting. Someone wants a word . . .