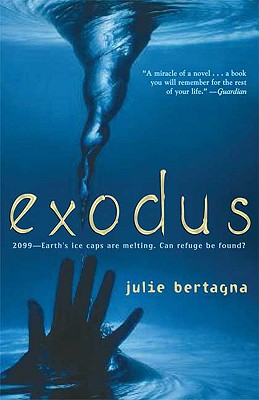 In a drowned world, can refuge be found?

Less than a hundred years from now, the world as we know it has disappeared beneath the sea. Only fifteen-year-old Mara has the vision and the will to lead her people in search of a new beginning in this harsh, unfamiliar world.
Booklist Science Fiction/Fantasy Top 10 for Youth

"Intellectually rigorous and bursting with humanity, this is a book to be read again and again." ―Sunday Herald (UK)