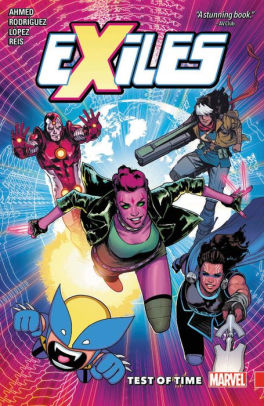 Don't Blink - the Exiles are back! The fan favorite teleporter from the Age of Apocalypse was once the lynchpin of an interdimensional team determined to save not just the world, but the entire Multiverse. And now, Blink's talents are needed once again! When a mysterious threat begins eating away at the fabric of reality, the Unseen - the man once known as Nick Fury, who can now only watch Earth from a lofty post on the Moon - recruits her as his champion to save all that is. But Blink can't do it alone. She'll need a team drawn from across the Marvel Multiverse. Which surprising heroes will join the new Exiles - and can they ever go home again?