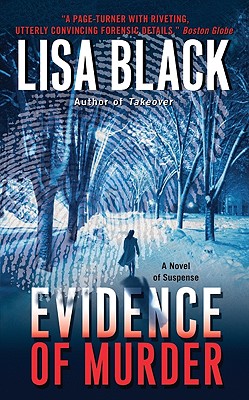 Eight months ago, forensic investigator Theresa MacLean lost her fiance in a bank robbery gone wrong, and she's had trouble concentrating on her work ever since. But now a particularly difficult case may just be what she needs to regain her focus by demanding all her skill, intelligence, and attention.

Jillian Perry has been found dead in the woods, leaving behind a husband of three weeks and a young daughter. The police can't determine how she died -- her body shows no visible marks, and the autopsy reveals nothing suspicious -- and the leading theory is that she purposely wandered into the forest and succumbed to the freezing weather. But something doesn't feel right to Theresa, and she can't let it go.

To complicate matters, a former boyfriend of Jillian's unexpectedly petitions for custody of the daughter. Obsessed with Jillian, he also suspects foul play in Jillian's death, and now he and Theresa believe Jillian's daughter may be in danger of meeting a similar fate. With a child's life at stake, Theresa must search for evidence of murder -- evidence that doesn't seem to exist -- before it's too late.
Reviews from Goodreads.com