Everything but a Christmas Eve — Holly Jacobs 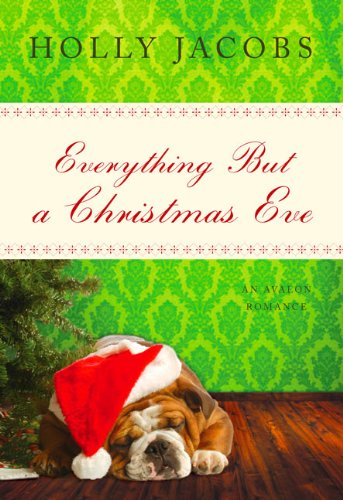 For years, Nana Vancy Bashalde Salo believed that she'd cursed her own family with bad weddings. Now that the curse is broken, she's bored. Her best friends, the Silver Bells, convince her to try her hand at matchmaking. And Nana has just the person in mind: Salo Construction's new office manager, Eve Allen. Eve is coming out of a bad relationship and longs for a little quiet and order. That's definitely not in the cards with Nana Vancy around. And it's even less possible when Nana tries to hook her up with TC Potter, a boy who broke her heart in kindergarten when he told her there was no Santa Claus, and then broke it again in ninth grade when he stood her up for a dance. Eve's heart is still healing from her last bad relationship she doesn't need it broken by TC for a third time.

Freelance writer TC Potter makes his living writing articles about Every American Man. His life was pretty much perfect until he was named one of America's most eligible bachelors last year. He's spent the last twelve months hiding out from women who'd like to de-bachelor him. Now he's finally met someone he'd really like to date, but Eve isn't interested. Maybe with a Hungarian grandmother's help, and a little Christmas magic, he can convince her that they have something too special to ignore.
Reviews from Goodreads.com