Everyone Was Left Behind — Stephen Armstrong 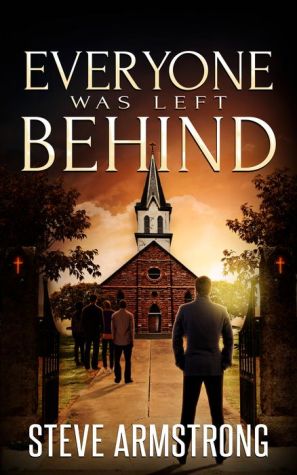 Share:
In the midnight hours of April 24th, a prophecy fails and its prophet falls. Pastor Graham Wilcox boldly predicted Jesus would return to earth on April 24th to rapture His faithful. But, when April 25th arrives, the world is the same, except for Wilcox, who is found dead. His gruesome murder rocks the community where Wilcox lived and the families who frequented the small church that he pastored. To uncover the truth behind the murder, the skeptical Detective Daniel Seitzer must go to the place he dreads most: church. Along with his new, religious partner, Seitzer wades through a myriad of rumors, secrets, and strange connections as well as an astonishing number of people who had motive to kill Wilcox. Is the killer one of the pastor's own congregants, or a shadowy figure on the periphery of the church connected with a powerful pharmaceutical company? For Seitzer, a grieving widow, a multi-million-dollar company, and a faithful but broken family, the truth behind the events of April 24th will either set them free or bury those who have been left behind. Everyone Was Left Behind is the first book of the Strange Gravities series, which explores a the odd events befalling Woodside, New York.