Ever Since Eve — Pamela Browning 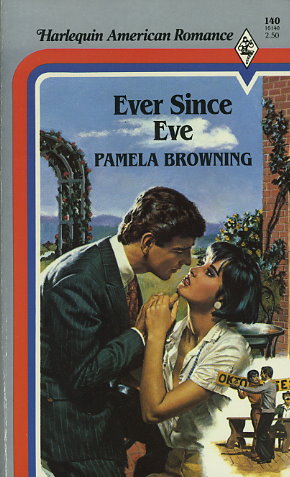 For Eve, there could be no second thoughts, no regrets

Blacklisted by the mill owners in Wrayville, North Carolina, Eve Triopolous had exhausted all conventional options. What Derek and Kelly Lang offered was not precisely a job but more of a service they needed rendered. The money appealed to Eve in her desperation, but more compelling was the desperation she saw in the faces of the Langs.

Eve didn't give herself time to think; there really wasn't a choice to make. So she signed the papers that would bind her to the Langs for at least nine months--the time it would take her to carry their child to term.
Reviews from Goodreads.com