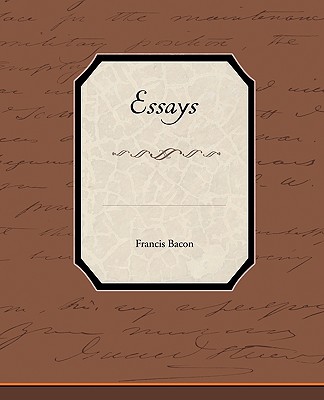 This complete and unabridged collection of Francis Bacon's essays is superbly presented and faithful to the original publication.
An intellectual possessed of a staggering breadth of knowledge and learning, Francis Bacon wrote many essays on a range of topics. Subjects such as married life, child rearing, the sins of envy and vainglory, and the virtues of friendship, love and good counsel are all thoughtfully expounded upon and detailed.
Cautionary writings on the subjects of anger and revenge are also present - Francis notably makes an impassioned plea for true justice, noting that the quality of mercy is a far higher virtue than the 'wild justice' born of angry revenge.
Reflecting the early colonial times in which Francis Bacon lived, we also witness essays upon the subjects of travel, Empire, ambition and commerce. Well-travelled and curious about distant lands, it is with experience that Bacon gives colour and depth to these essays.
Remarkably fresh and readable four centuries after their original publication, the essays of Francis Bacon remain imbued with the plain spoken clarity and good wisdom the author originally sought to convey. The truths stated remain so for all time, and are a valuable source for the everyday reader as well as scholars and students of the Enlightenment era.
For occasional archaic terms, a glossary is appended at the conclusion of the book to better clarify certain statements.
Reviews from Goodreads.com 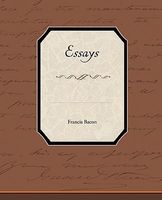