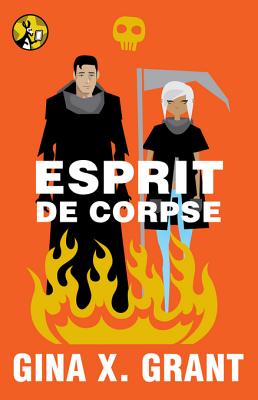 Share:
In the third hilarious installment of The Reluctant Reaper series, Kirsty d'Arc's first Reaper mission gets personal when her evil ex-boss escapes from Hell and physically possesses Shannon, Kirsty's BFF. To reunite rightful body and soul, Kirsty must outwit a demented demon, fend off an insane strangler, and bend the very rules of Hell and Earth.

Kirsty may be a full-fledged Reaper with a scythe of her own, but Dante is still miffed that she broke the Reaper rules to take down her evil ex-boss, Conrad. And Dante is not above saying “I told you so” when Conrad develops strange demonic powers and escapes to the Mortal Coil. Although barely speaking, Kirsty and Dante are sent on Kirsty's first Reaper mission: bring Conrad back alive…er…dead…er…Just bring him back to Hell.

But before they can re-scythe him, Conrad evicts his own daughter's soul to take over her body. Yes, he's not a good person. So it's up to two good people (who are, ironically, from Hell) to fix this. But can Kirsty and Dante put their differences aside in time to take down Conrad and save his daughter?