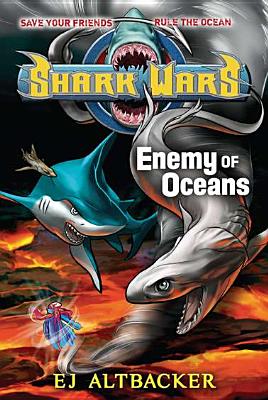 Gray thought he could trust Takiza, the wise yet mysterious betta fish who's been his guide and mentor in the often treacherous depths of the Big Blue. But the news that Takiza was responsible for the death of Gray's father has shaken Gray to his very core. Now Gray is questioning everything he thought he knew.

The time to find answers is running short. The prehistores--prehistoric sea monsters long thought to be extinct--are breaking out of the underwater volcano range that has kept them hidden for millennia. Gray, Barkley, and their friends and shivermates must prepare for a war unlike any they've faced before!