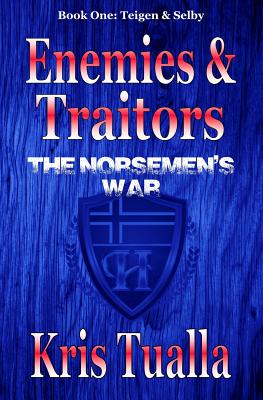 Share:
High school chemistry teacher, Teigen Hansen, managed to dodge Nazi attention until the day he was asked to sign Vidkun Quisling’s Declaration of Loyalty and swear to teach Nazi ideals. Mass refusal put 1,000 male teachers in prison. When they still refused, 500 of them were sent to a Nazi labor camp deep inside Norway’s Arctic Circle. When Teigen is released after sevenmonths under frigid and grueling conditions, he immediately joins Milorg—Norway’s Resistance—and becomes part of the Royal Shakespearean Acting Troupe, a traveling group of resistance workers under cover.Because of past experiences Selby Sunde hates men, so she has no problem “dating” Nazi officers and plying them for covert information. Her resolve is rocked when Teigen Hansen joins the troupe. Untrained yet determined, he never does what she expects—but always what’s right. As their Milorg assignments grow increasingly dangerous, it’s Teigen who saves her life as together they work to defeat Norway’s enemies & traitors.