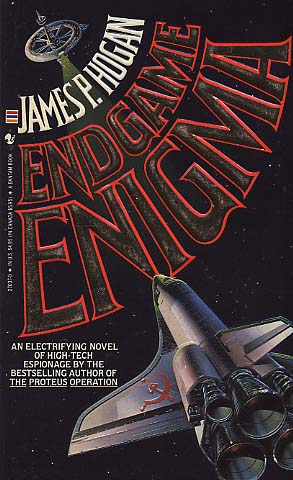 Share:
IT MIGHT BE A STEP BEYOND STAR WARS... AND ONE STEP CLOSER TO WORLD WAR III

It is the near future. With its power and influence waning, the Soviet Union has launched Valentina Tereshkova, a giant space station capable of housing 12,000 citizens, into orbit around the earth.

But is the colossal off-world colony the peaceful Utopian experiment it's alleged to be? Or is it the last desperate weapon of a crumbling superpower bent on global domination? U.S. computer scientist Paula Bryce and agent Lew McCain are sent to learn the truth--only to find themselves trapped in the station's awesome prison facility. With a brilliant and eccentric group of dissident inmates. Bryce and McCain seek to unlock from within the secret of the mysterious station. But how will they ever report their findings?

In an international powder keg, even unconfirmed suspicions could force a terrifying first strike ... while the only hope for mankind rests with two Americans trapped in a prison they can't possibly escape...