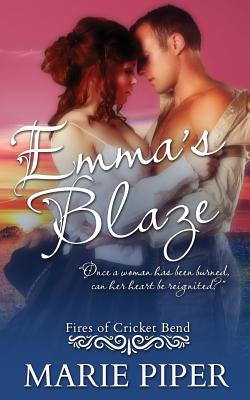 
Bill McKenzie’s yearly cattle drive brings more than the normal challenges… The oldest and most responsible of the rowdy McKenzie brothers, Bill is in charge of their biggest task of the season. But while wrangling cattle, he crosses paths with a beautiful red-haired woman in a tattered dress in desperate need of help. Is she as harmless as she is beautiful? Suspicions arise when the red-haired beauty—who calls herself Sparrow—withholds the story of how she came to be in the woods. All Bill knows is she’s headed for Cricket Bend, where his brother was murdered a year earlier. Though he vowed to steer clear of that dusty town, he can’t let her run straight into bandit country with no protection. First, they have to make it through the cattle drive—and the mysterious woman is going with them. Women are bad luck on the trail… Though they’re strangers, the magic of the Wild West brings the pair together with a passion they can’t fight. But when her journal is stolen by Bill’s brother, Andrew, he discovers her true identity—and two scandalous secrets. One thing Bill learns is the open range is full of possibilities. Neither of them imagined their paths would cross, but once they had, there was no turning back. Is her tainted past enough to tear them apart? And if not, what will come of their blazing romance when that same past threatens their future?