Emily Windsnap and the Monster from the Deep — Liz Kessler 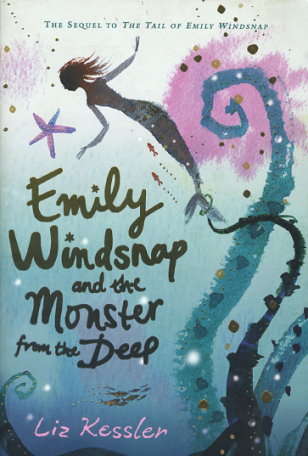 All Emily Windsnap wants is to impress her best friend, Shona, and the other mermaids who live in the sea around Allpoints Island. But instead, she wakes up the kraken, a terrifying octopus-like monster the size of an apartment building. Now he's coming after everything and everyone, and it's up to Emily to stop him. Luckily she's got the help of Shona and of one other person -- someone Emily hoped never, ever to see again.