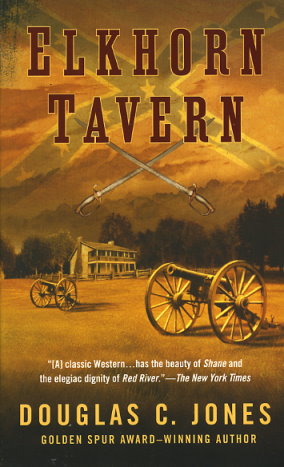 With her husband gone east to fight for the Confederate Army, Ora Hasford is left alone to tend to her Arkansas farm and protect her two teenage children, Calpurnia and Roman. But only a short distance away, in the shadow of Pea Ridge, a storm is gathering. In a clash to decide control over the western front, two opposing armies prepare for a brutal, inevitable battle. Beset by soldiers, bushwhackers, and Jayhawkers, the Hasfords stand unprotected in what will soon be one of the worst battlegrounds in the West.

In Elkhorn Tavern, novelist Douglas C. Jones paints an unforgettable portrait of a family's struggle for survival in the midst of the chaos and carnage of the Civil War.
Reviews from Goodreads.com