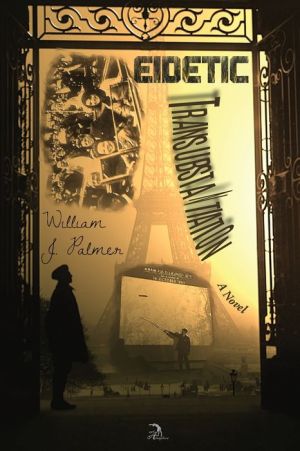 
Drawn into the Cuban Missile Crisis, point man to President Kennedy’s motorcade in Dallas, undercover amongst the radicals at Berkeley, Michael Edwards is embedded as an active participant in the turmoil of 1960s and 70s America. Then, in the 1990s, he finds himself on the front lines in the war against cyberterrorism.
But he is no Forrest Gump, bumbling his way through history. He is blessed with an almost magical power that makes him indispensable to the American government. Unfortunately, his powers of memory and adaptability force him to change identities so often that he finds himself desperately in search of himself.
Eidetic Transubstantiation is certainly a historical novel, frequently an existential novel, often a romantic novel, but finally its decade-morphing narrator makes it a self-conscious metafiction.