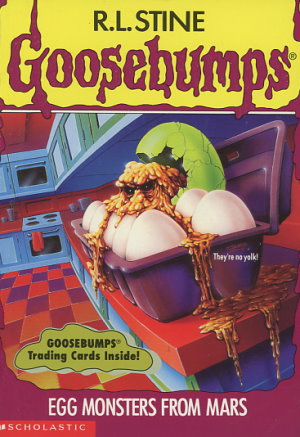 WHICH CAME FIRST, THE MONSTER OR THE EGG?

An egg hunt. That's what Dana Johnson's bratty little sister, Brandy, wants to have at her birthday party. And whatever Brandy wants, Brandy gets.

Dana's not big on egg hunts. But that was before he found The Egg. It's not like a normal egg. It's about the size of a softball. It's covered with ugly blue and purple veins.

And it's starting to hatch....

Reader beware -- you're in for a scare!