East Side, West Side — Jillian Blake 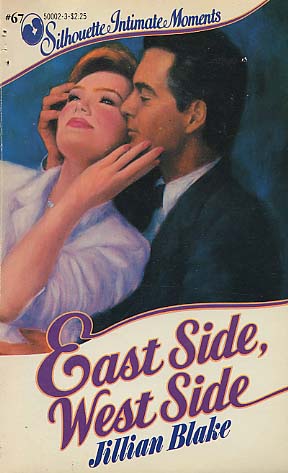 
LANE PATTON represented the chic East Side of New York. She was fashionable, as arty as the magazine she wrote for--and far too busy for that thing called love.

DAVID COREY lived on the down-to-earth West Side. He was a doctor who took his responsibilities seriously; he was far more interested in the plight of orphans then in what to wear to the opera.

"Never the twain shall meet," the poet said, but he never knew Lane and David. Their meeting defied the poets, defied all those who said that opposites do not attract.