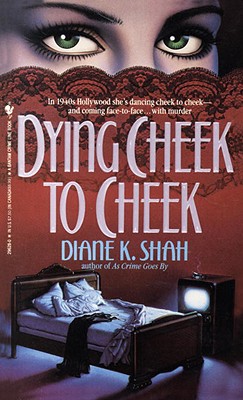 Hollywood, 1947. It’s a still a town of glittering stars and lavish excess, but the postwar boom is changing things fast. Even Paris Chandler feels a new day blowing in with the dry Santa Ana winds when she is nudged into the infant world of television as co-host of a gossip show. But Paris soon does more than dish the dirt. After the TV station’s first newscaster is murdered, she finds herself neck-deep in it.

The only clues are two lipstick-stained cigarette butts and a mysterious blonde spotted leaving the scene. There are lots of blondes in Hollywood, real and otherwise—but one in particular is determined to turn the tables on Paris. While the city’s powerful leaders gather to watch the first televised World Series game, she finds herself burrowing deeper into the tarnished heart of big-city politics, toward the ruthless greed and rampant corruption that lie at the core of the glittering dream machine.