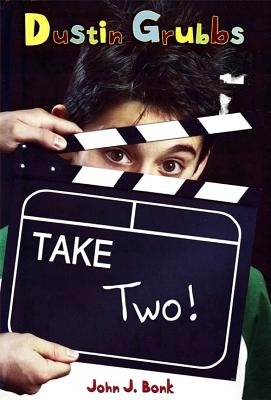 After his breakthrough performance in last year's school play, Dustin Grubbs gets the taste of fame he dreams about. He's even recognized in the streets. (OK, so his hometown of Buttermilk Falls is small and everybody knows everybody... even so!) Fresh into seventh grade, he is ready for his acting career to take off in his school's upcoming musical production of Oliver! The twist is that phys-ed funds are being cut to do it, sparking grounds for an all-out war of the worlds: athletes vs. drama geeks. Even worse, Dustin discovers he's tone deaf and has two left feet! Just when things are looking grim, Dustin gets his big break when a field trip to Chicago teams him up with his wacky show biz dad for an opportunity of a lifetime--a shot at a national TV commercial! Will Dustin jump at the chance at all costs? Dustin Grubbs: Take Two! is full of the same hysterical one-liners and slapstick middle graders saw and loved in Dustin Grubbs: One-Man Show. Beneath the "show" is deeper story--that of a boy who longs to reunite his parents and will do anything to see them together.
Reviews from Goodreads.com