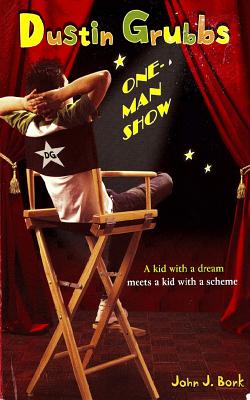 Dustin is a drama geek--and proud of it. Though he's at least half-nerd, and full of insecurities, he doesn't melt in the face of conflict--like when the sixth grade play he's assistant-directing and starring in, The Castle of the Crooked Crowns, seems doomed to failure at every turn. Then Jeremy Jason Wilder, international star of Dustin's favorite sitcom of all time, moves to Buttermilk Falls. Is it a blessing--or will Jeremy steal the show?Dustin Grubbs: One-Man Show is full of hysterical one-liners and slapstick that middle graders will love. And yet there's a deeper level beneath the show that will resonate with young readers--such as Dustin's difficult choice between a new and old friend; the guilt he feels for blowing off his adoring neighbor; his crush on his schoolteacher; his love for yet embarrassment about his oddball family; and Dustin's curiosity about--and longing for--his absent father.
Reviews from Goodreads.com