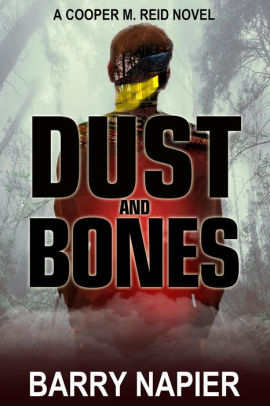 
Who is Cooper M. Reid?As a former Special Agent within a shadow branch of the government, Cooper M. Reid's work took him to some odd places…researching time vortexes in Kansas, demons in Norway, and UFOs in Jerusalem. The work only got weirder when he decided to go rogue and start investigating for himself.In Dust and Bones, Cooper's  trek across America in search of paranormal cases to solve leads him to a rural backwoods town in Georgia where people are dying in peculiar ways. What at first appears to be a mystery centered around head traumas soon becomes a study into cracks in space and time. Just as Cooper starts to put the pieces together, he is captured by a group of locals that either know much more about the case than Cooper does or are legitimately insane. Badly beaten and taken as a prisoner, Cooper finally starts to unlock clues about his mysterious disappearance while he confronts a familiar stranger in a Hawaiian shirt...all while trying to figure out how to make it out of yet another impossible situation alive.