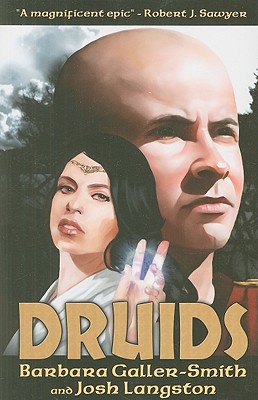 Share:
Druids Saga Book One
For 500 years, Europe was ruled by people who believed acts of nature were omens of the gods, where nobility was earned and where honor was valued above life... These rulers considered themselves Druids: protectors of the Earth and wizards of nature.
The rise of the Roman Empire occurred as the world of the Celts disintegrated. Because they did not record their history, all stories were either lost or told from a Roman point of view. But suppose a Celt not only survived but actually recorded what happened? Who then becomes the barbarian, and whose civilization suffers invasion...?