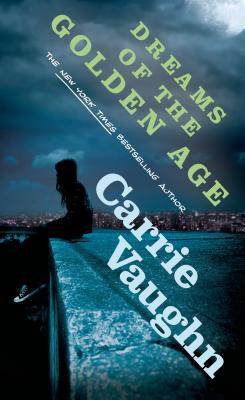 Like every teen, Anna has secrets. Unlike every teen, Anna has a telepath for a father and Commerce City's most powerful businessperson for a mother. She's also the granddaughter of the city's two most famous superheroes, the former leaders of the legendary Olympiad, and the company car drops her off at the gate of her exclusive high school every morning. Privacy is one luxury she doesn't have.

Hiding her burgeoning superpowers from her parents is hard enough; how's she supposed to keep them from finding out that her friends have powers, too? Or that she and the others are meeting late at night, honing their skills and dreaming of becoming Commerce City's next great team of masked vigilantes?

Like every mother, Celia worries about her daughter. Unlike every mother, Celia has the means to send Anna to the best schools and keep a close watch on her, every second of every day. At least Celia doesn't have to worry about Anna becoming a target for every gang with masks and an agenda, like Celia was at Anna's age.

As far as Celia knows, Anna isn't anything other than a normal teen. Still, just in case, Celia has secretly awarded scholarships at Anna's private high school to the descendants of the city's other superpowered humans. Maybe, just maybe, these teens could one day fill the gap left by the dissolution of The Olympiad....
Reviews from Goodreads.com