Dream of You — Lauren Gilley 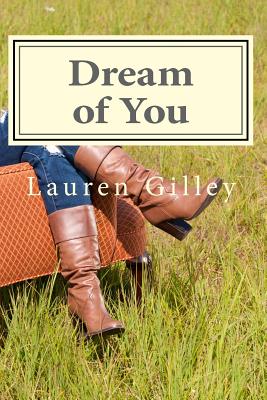 Jordan Walker learned the hard way that dreams diminish with time and age. He dreamed of Olympic medals and golden shoes, of cheering crowds and endless stretches of red track laid out before him. Then he dreamed of state and nationals, of college scholarships. He dreamed of the unending support, the shining face of that angelic, flawless first love that gave him wings. And then reality reached out with jagged claws and crippled him just as surely as if he’d torn an ACL. Reality was more damaging than any injury. At twenty five, his track career is over, so he’s settling for a gig as a college Health and Physical Science professor and coach at his alma mater. It’s not his dream job, but really, who has the stomach for dreams anymore? Then he meets Ellie.English major Ellie Grayson has three objectives: graduate from college in three years, publish a novel, and let nothing distract her from either. But her young HPS professor is not so much a distraction as a fascination, and as she digs deeper beneath his impassive surface, she thinks he might just be someone worth dreaming about.Both damaged, both cautious, Jordan and Ellie have to decide where to draw the line between fantasy and reality, and more importantly, which one they really want.The second installment of the Walker Family Series, Dream of You begins a year after the end of Keep You, bringing new challenges for characters from the first book and introducing a new heroine who is a fresh addition to the family.
Reviews from Goodreads.com