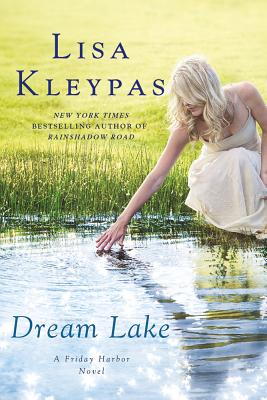 Share:
They say that opposites attract. But what happens when one has been devastated by betrayal and the other is so jaded that his heart is made of stone? Enter the world of Friday Harbor, an enchanting town in the Pacific Northwest where things are not quite as they seem and where true love might just have a ghost of a chance….

Alex Nolan is as bitter and cynical as they come. One of the three Nolan brothers who call Friday harbor home, he's nothing like Sam or Mark. They actually believe in love; they think the risk of pain is worth the chance of happiness. But Alex battles his demons with the help of a whiskey bottle, and he lives in his own private hell. And then a ghost shows up. Only Alex can see him, Has Alex finally crossed over the threshold to insanity?

Zoë Hoffman is as gentle and romantic as they come. When she meets the startling gorgeous Alex Nolan, all her instincts tell her to run. Even Alex tells her to run. But something in him calls to Zoë, and she forces him to take a look at his life with a clear eye and to open his mind to the possibility that love isn't for the foolish.

The ghost has been existing in the half-light of this world for decades. He doesn't know who he is, or why he is stuck in the Nolans' Victorian house. All he knows is that he loved a girl once. And Alex and Zoë hold the key to unlocking a mystery that keeps him trapped here.

Zoë and Alex are oil and water, fire and ice, sunshine and shadow. But sometimes it takes only a glimmer of light to chase away the dark, and sometimes love can reach beyond time, space, and reason to take hold of hearts that yearn for it…