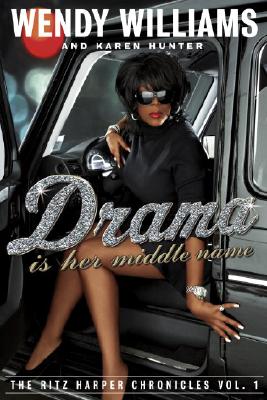 Shock jock extraordinaire Wendy Williams lets loose with the first in a series of novels based on her alter ego, the divalicious radio DJ Ritz Harper. Ritz puts the s in shock and the g in gossip, and Drama is her middle name.

Ritz is a suburban girl on the outside, but inside she’s a hustler’s hustler who’s masterfully maneuvered her way into the spotlight after ruining the career of a well-respected newswoman (and former college friend). Ritz’s “exclusive” rockets her to the top of the ratings, and she’s rewarded with her very own show. Like a talking Venus flytrap, she verbally seduces her on-air guests, only to have them for lunch as she spews gossip about their lives.

Ritz becomes the darling of the station’s afternoon slot. But when Ritz goes from drive-time diva to drive-by victim, all she can think as she struggles to maintain consciousness is “Who did this to me?" Has Ritz bad-mouthed the wrong person? Has her signature cat-and-mouse “bomb drop” been dropped on her instead? Readers will salivate as they try to figure out where the fictional Ritz ends and the real-life Wendy begins.
Reviews from Goodreads.com