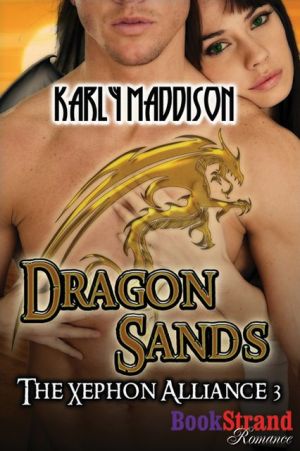 Share:
After a six-year relationship finishes, archaeologist Doctor Sharn Lawrence makes a radical change in direction and embarks on a long trip to the world Xephon. Once there, she discovers she's not taken as seriously as she'd have hoped and is sent on some minor mission to the Dragon Sands territory at Nielurk. However, things turn more interesting when the crew of the Zhen Khe capture a Tarourke leader in the desert and take him back to the moon base while on their way to join another mission with the Xenxaphan. After meeting the winged alien held in the brig with his Xephon infidel, Sharn finds she's totally mesmerized by his magnetic aura and mysterious beauty. When she's offered the opportunity to travel to his previously impenetrable base, she can hardly believe her good luck. But artifacts aren't the only thing she's interested in, and the Tarourke leader Rem Salek exhibits unexpected interest in more than her research as well.