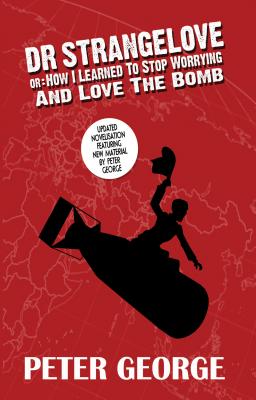 
It is the height of the Cold War and the two power-blocs stand on the brink of war. On a routine patrol, US bombers receive a coded message. Doomsday has arrived; the fight for democracy, freedom and bodily fluids has just gone nuclear…

The official novelisation of the classic film, Dr Strangelove or: How I Learned to Stop Worrying and Love the Bomb is a hilarious and provocative satire of the madness of Mutually Assured Destruction. Featuring impotent generals, a sieg-heiling scientist and one very Big Board, this is how the world ends, not with a whimper, but enough megatonnage to make you abandon monogamy.

Written by Peter George, co-screenwriter of the film and author of Two Hours to Doom, the novel that inspired it, this brand-new edition also features a foreword by David George and the never-before-published ‘Strangelove’s Theory’, a short story on the mastermind as a younger man.