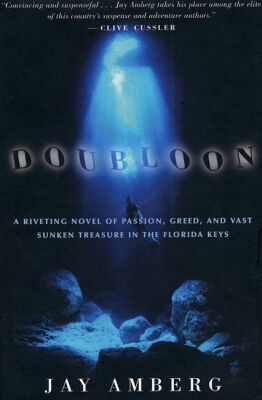 Share:
Nick Gallagher was a farmer in a small Iowa town for many years, but all the while, as he and his wife raised their son, Nick dreamed of treasure-sunken treasure that lay at the bottom of the sea off the Florida coast, millions of dollars in gold and silver, waiting to be discovered. His dreams focused on a rumored trove of gold and silver lost when the Spanish silver fleet's flagship, Santa Maria Magdalena, sank in the Florida Straits in 1642.

Unable to resist the lure of treasure any longer, he finally abandoned his wife and left Iowa for Key West, where he founded Doubloon, Inc., and began a twenty-year obsession with a mysterious Gobernador Carga on the Magadalena's . . . he knew he would ultimately find the cargo out beyond the sites where all other treasure hunters were convinced it lay.

Through good times and bad, finding small fortunes and losing them, he kept searching for what he called the "mother lode." He was so close he could taste it . . . and then he was killed.

Now Jack, his estranged son, will have to redeem the promise that the sea offered, to yield up the riches of the Santa Maria Magdalena's treasure chests. If Jack can survive whoever-or whatever-killed his father before him . . .

Passion, greed, and the allure of sunken treasure fuel this masterful thriller set in the Florida Keys. In 1642, the galleon Santa Maria Magdalena, flagship of the Spanish silver fleet, set sail from the Americans to Seville loaded with a trove of gold, sliver and an unidentified Gobernador Carga. It never reached Spain. Caught in a hurricane, Magdalena sank off the southern Florida Coast, its vast treasure lost in the depths of the sea.

Now, more than three hundred years later, the treasure has become Nick Gallagher's obsession. But one night when Nick is sleeping on one of Doubloon, Inc.'s boats, it sinks. His last thoughts before water fills his lungs are of the treasure-the mother lode he is sure is within his grasp.

Enter Nick's estranged son, Jack, a recently retired Navy fighter pilot. After his father's funeral, Jack suspects that this father may have been murdered. With a pivotal inherited stake in Doubloon, Jack teams up with his father's second wife, his half-brother, and Doubloon partners to begin his search for the truth the only way he knows how—to pick up his father's quest where he left off.

But as Jack enters his father's world, he discovers the corrupting lure of sunken treasure and uncovers a dangerous maze of treachery and greed. A beautiful reporter seems to have a personal vendetta against Doubloon; a former partner is trying to beat them to the prize; a government official seems bent on putting them out of business. Jack nearly perishes on a dive when someone tampers with his air tank. When the Doubloon, Inc., office is broken into and ransacked, Jack is slashed by the fleeing burglar. Determined to learn the truth about his father's death, Jack continues his search, knowing the closer he gets to the treasure, the more deadly his mission becomes. And just when he thinks he's found the object of his father's quest, the sea itself rises to challenge his claim . . . testing his courage and endurance to the limit.