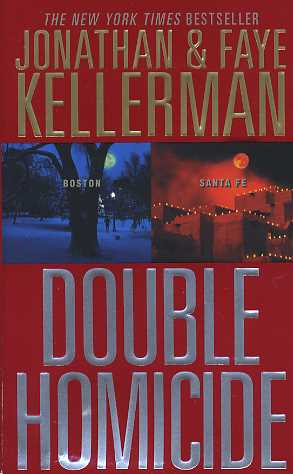 Share:
DOUBLE HOMICIDE: BOSTON
After a basketball match leads to a fatal shooting, Detectives Dorothy Breton and Michael McCain are looking to make an open-and-shut case. For Dorothy, who knows the victim's mother, the crime hits close to home. And for Micky, the investigation is poor consolation for being alone this holiday season. Then startling evidence comes to light. Now two experienced cops can either keep it simple... or do what's right.

DOUBLE HOMICIDE: SANTA FE
It's Christmastime, and police officers Darrel Two Moons and Steve Katz investigate the killing of an art gallery owner. When he was in the NYPD, Katz saw more homicides weekly than he's seen in Santa Fe in three years. Two Moons, an ex-Marine, is discovering his roots among local Indian potters. But everything personal goes by the wayside as they enter a dangerous world where murder has been perfected to an art form.