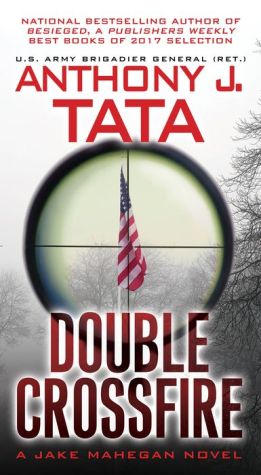 
In the most shocking scenario of our time, former Brigadier General Anthony J. Tata takes you inside a brilliantly conceived, brutally executed plot to overthrow our government -- from within . . .

“How do you overturn an election?” It's a question that has obsessed presidential candidate candidate Jamie Carter ever since her loss to businessman and political neophyte President Jack Smart. In spite of the election results, she's determined to take what she sees as her rightful place in the White House -- through any means possible. First, she establishes residency in North Carolina. Then, when the state's Pro Tem of the US Senate is found dead, she is appointed to his position by her friend, the governor. Now, there are only three people who stand in her way: the Speaker of the House, the Vice President, and the President himself . . .

The countdown begins. The assassins are ready. But when one of them tries to kill the CIA Director under Jake Mahegan's watch, the plan is momentarily disrupted. Jake is able to prevent one murder -- but the conspiracy is too big, and too insidious, to stop now. His partner, Cassie Bagwell, is working as a national security strategist for newly appointed Senator Jamie Carter -- the mastermind behind one of the bloodiest coups ever conceived. Her highly trained killers are closing in on all the president's men. And the course of American history will be changed forever -- on Assassination Day . . .