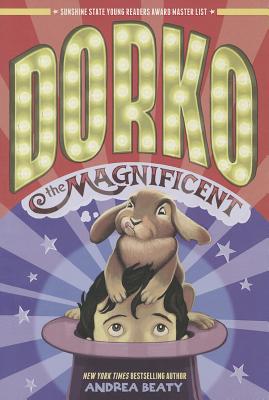 Robbie Darko is a magician. An old-school, pull-a-rabbit-out-of-your-hat-style magician. Robbie loves magic and he's good at it--sort of. Despite his best efforts, passion, and practice, something always goes wrong with his tricks, landing Robbie in trouble. Enter crotchety Grandma Melvyn, who calls everyone "Trixie" and complains about everything. When Grandma Melvyn moves in and takes over his room, Robbie discovers that she was once an internationally renowned magician and learns about the heartache that turned her into a bitter woman. Against all odds, Robbie and Grandma Melvyn form an uneasy alliance to show the world--or at least the kids of Hobson Elementary School--that he is a true magician. Shortly after a successful talent show, Grandma Melvyn performs a final disappearing act, and Robbie learns a little about the true meaning of magic.

Written with pitch-perfect middle-grade humor and unforgettable characters, this gem of a novel will stay with readers long after Dorko the Magnificent has taken his final bow.
Reviews from Goodreads.com