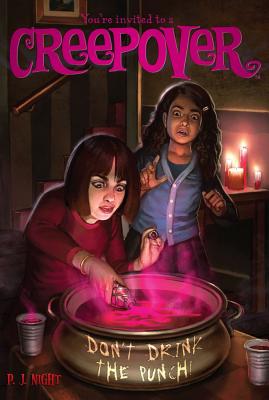 An obsessive crush puts partygoers in danger in this delightfully scary story.

Kayla Evans wants to be in the popular crowd. She wants it so much that she looks the other way whenever queen bee Alice Grafton is rude to her and to everyone else. It seems like Alice only likes one person: her crush, Nick Maroulis. She is totally obsessed with making him like her too, so much so that she mixes a love potion into the punch at her big party over the weekend. But when the party comes to a sudden halt, Kayla realizes that it was no love potion that Alice put in the punch. Now it's up to Kayla to find the mysterious girl who sold the potion to Alice and get the antidote before everyone suffers from Alice's mistakes…permanently.

This terrifying tale is rated a Level 4 on the Creep-o-Meter.
Reviews from Goodreads.com