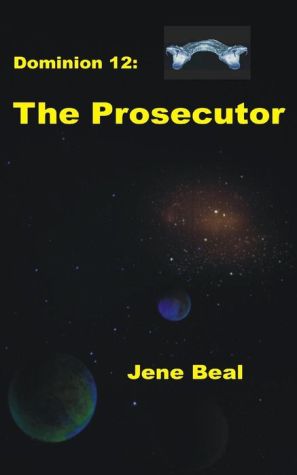 Dominion 12: The Prosecutor, a book by Jene Beal Dominion is believed to be in retreat, but the colonel and his men find they are stronger than they have ever been. Believing that there is still more to do, Jethro goes in search of the colonel. He intends to capture him and bring him to justice. Jethro is reunited with many of his past friends. He takes a special assignment from the colonial president, and finds himself in the fight of his life. He is certain that he and his men will die in the conflict ahead. The results of their efforts will determine the future of the entire galaxy, once and for all. The Prosecutor is the 12th full length novel and probably the final chapter in the Dominion series. The Prosecutor is a fast paced futuristic Science Fiction / Action Thriller.
Reviews from Goodreads.com