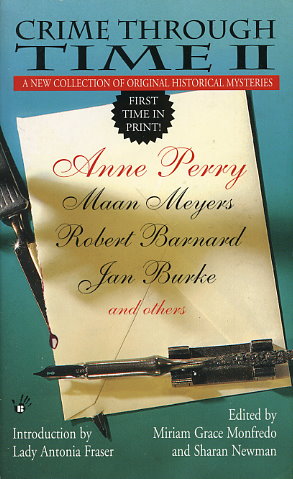 A Dominican friar investigates the murder of a holy child in Spain during the later years of the Inquisition in Anne Perry's "The Case of the Santo Nino"...A woman discovers the mystery behind her sister's death in England during World War II in Michael Coney's "Dorothy, Past and Present"...Walter Satterthwait presents a first-person account of the first detective's sleuthing in "Murder One"...Miriam Grace Monfredo ("A Mule Named Sal") and Maan Meyers ("The High Constable and the Rochester Rappers") both write about old New York, and Sharan Newman's murder mystery "The Promised Land" takes place on a Kansas prairie in the 1890s. Spanning hundreds of years, from Europe to Asia to America, these tales offer something special for readers of mystery, history -- and simply good short fiction.