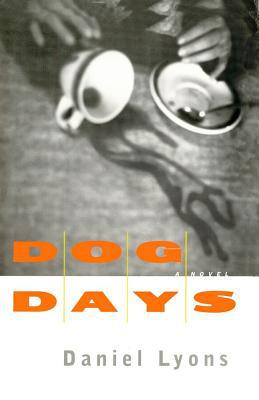 Share:
Love, sex, death, money, and dogs -- they're all here in Dan Lyons's debut novel, Dog Days. Lyons gives us a hip and hilarious tale of love (both canine and carnal) and a story of revenge gone wrong. Packing the same contemporary verve as Douglas Coupland's Microserfs and the criminally black humor of Elmore Leonard and Carl Hiaasen, Dog Days is a coming-of-age story that deftly deals with the confusion, hopes, and fears that go hand-in-hand with being smart, ambitious, and twenty-four years old.

Reilly is a software developer living in Boston's North End. He's a young guy in a young business where the speed of change guarantees that only the fast survive. But Reilly doesn't know how fast things can change until he starts playing vendetta with a local mafioso.

Before this fracas got started, Reilly thought he had it made. He had a beautiful girlfriend named Jeanie who had rowed at Harvard, and he and his roommate, Evan, were working on a project that was going to make them both rich. But for Reilly, the good times don't last long. First Jeanie leaves him for one of the suits in marketing, and then his big project falls to pieces. Then one summer night, Reilly decides to leave his vintage BMW in Davio Giaccalone's parking space. Naturally enough, the car ends up tireless. Reilly vows to get revenge, and he's angry enough to do just about anything to even the score.

With Evan's help, Reilly devises a plan to take an eye for an eye by abducting Giaccalone's most prized possession: a gorgeous jet-black champion racing grey-hound named Coco. When their little prank turns into serious blackmail with thirty thousand dollars on the line, Reilly and Evan are in way over their heads.

But with the help of their friend and neighbor, the beautiful Maria, they manage to return the dog and collect the money, only to have Coco lead Giaccalone and his goons right back to their doorstep. Taking Coco with them, the three flee as far and as fast as they can. Soon Reilly must face a showdown not only with the mobsters but also with himself, as he has to figure out what matters most, love or money.