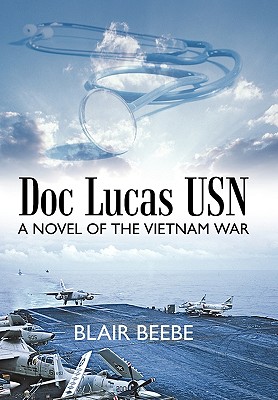 Blair Beebe, M.D. Medical lessons from Vietnam; what did we learn? Almost fifty years after the beginning of American involvement in the Vietnam War, we still remain embroiled in military actions that generate disease, disability, and death. Frontline physicians who were in places like Afghanistan, Iraq, Bosnia, Herzegovina, and Vietnam faced the medical consequences of war every day. My new novel, Doc Lucas USN, based on real people and real events, brings the war down to a human scale, one person at a time. History gives us statistics and dates, but fiction helps us to better understand the meaning behind those facts. One of my old professors defined history as "lies we tell about dead people." We understand more from reading Homer, Sophocles, Shakespeare, Margaret Mitchell, and Stephen Ambrose than we ever learned from dry history textbooks. Paradoxically, the truth comes out in fiction. During my time in Vietnam, and for many years after, I listened to stories from other physicians who served during the war and from naval aviators and marines who faced combat every day. I also heard different points of view from Vietnamese civilians who had come to America to escape the chaos after the war. Their eyewitness accounts are the true history, but unless someone writes them down, we lose them forever. Moreover, individual stories may have little meaning to us if they lack context. I've often heard both veterans and civilians say, "I don't talk about my experiences, because anyone who wasn't there could never understand how bad it was." That's why we need a novel to give us a complete account in an organized way. Each character and each scene moves the action to develop a central theme about the war. We want more than anecdotes. We want to understand the how and the why of the unfolding tragedy. Doc Lucas not only recounts the stories, he lives them. We feel his anxiety, his terror, and at times, his joy. When things go wrong, we know why, and we can feel his despair. In the good times, and there are many, we laugh along with him. In the end, Doc Lucas learns important lessons about himself and his values centered on human rights and the relief of suffering. He emerges from the war better equipped to take his place with stronger convictions about his role in his society.
Reviews from Goodreads.com 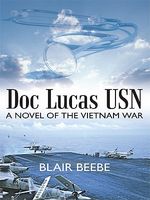