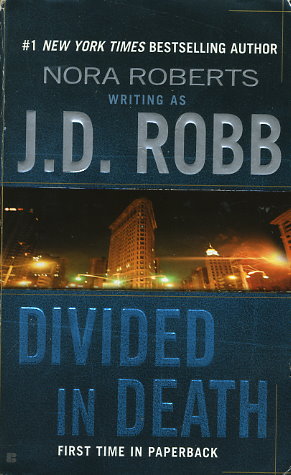 Share:
Found alone on the streets as a child, Eve Dallas has built a new identity and a new future as a cop. Now the hard-edged and coolheaded detective fights for truth and justice, but she still has one very human weakness: enigmatic Irish billionaire, Roarke. And when a trusted employee of Roarke Enterprises is a suspect in a double homicide, Roarke comes to Eve for help.

Killing was too good for him. She wanted him to beg and plead like the gutter rat he was, she wanted him to bleed and scream - only then the bastard could die. A slow, withering, agonizing death. Nobody cheated on Reva Ewing.
Reva was a former member of the Secret Service, and now a security specialist for Roarke Enterprises - until she was found standing over the dead bodies of her husband, renowned artist Blair Bissel and her best friend. She is the prime suspect in a double homicide - accused of killing her adulterous husband and his lover - the woman Reva thought was her best friend.

To Roarke, it's the computer attack that poses the real threat. Roarke Industries have been working on a top secret government contract to develop a program that would shield against a new breed of hackers. The Doomsday Group are techno-terrorists who attack systems, steal data, and corrupt computer units on a large scale - and they kill anyone who gets too close. It's up to Lieutenant Eve Dallas to shut them down before the nightmare can spread to the whole country.