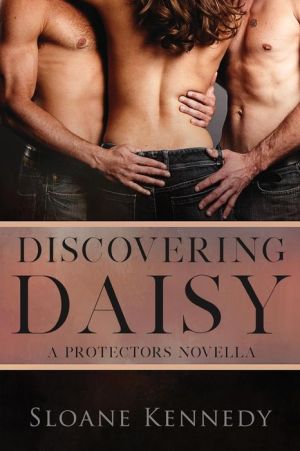 Share:
At nearly forty years old, Cash Malloy has accepted that the lifestyle he and Sage, his partner both in life and on the job, live isn’t normal but is what both men need to escape the darkness of their pasts. But he also knows that Sage’s wounds run much deeper than his own and that there will come a day where what Cash can give Sage isn’t enough anymore. And after meeting the young woman Sage has become enamored with, Cash knows that day is closer than ever.At twenty-one, Daisy Washburne has found a new life working for an underground vigilante group. To the men she works with, she’s Daisy, IT girl extraordinaire, but in the silence of her apartment she’s just awkward, quiet, weird Daisy whose computer is her best friend and whose only link to the outside world are the voices of the men she’s trying really hard not to think of as family. But it’s one voice on the other end of the phone in particular that calls to her like no other and eases just a little bit of the loneliness that has consumed her since losing her mother to a brutal act of violence.In order to survive, Sage Brighton has had to learn how to be two different people. To most of the world, he’s happy-go-lucky, flirty, easy-going Sage. But to the one man who knows him better than anyone else, and yet still doesn’t really know who he is, Sage sees himself as nothing more than a fucked-up mess who takes more than he gives. Life without Cash isn’t even a possibility for Sage, but he can’t deny the pull young Daisy Washburne has had on him from the moment he hears her voice for the first time. Only in the deepest recesses of his mind does Sage allow for a world in which he can have both Cash and Daisy at the same time. Fortunately for Sage, the lines between fantasy and reality are miles apart – almost a thousand miles to be exact, since Daisy doesn’t live anywhere near Cash and Sage’s home in the Ozarks.But when a chance encounter between Daisy, Cash and Sage in a motel just outside Seattle changes everything, the demons from Sage’s past threaten to derail the life he and Cash have built together. When circumstances bring the trio back together, Cash sees an opportunity to give Sage what he needs, even if it costs Cash everything he’s ever wanted. Only, he soon finds that Sage isn’t the only one drawn to the quiet young woman who’s good at being invisible. And he can’t help but wonder if maybe the key to saving Sage isn’t about Sage choosing who can give him a normal life.Because maybe normal isn’t enough.Just like maybe one love isn’t enough… for any of them.