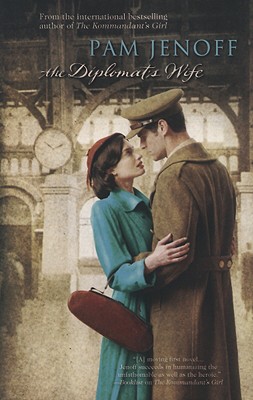 Share:
Love was not a luxury Marta Nedermann could afford during the war. But with the Nazis defeated, her life takes a surprising turn when she meets Paul, a handsome American soldier. Their whirlwind romance is cut short when his troop is deployed, but promises of marriage and a rendezvous in London bolster Marta's spirits. Then, tragically, a plane crash claims Paul's life, and Marta is left alone to discover--to her delight and dismay--that she is pregnant.

Now, two years later, Marta has picked up the pieces and moved on. She has started over in London with her husband, a British diplomat, with whom she shares a companionable, if passionless, marriage. Simon asks her no questions, and Marta is happy to keep close her memories of Paul and let her deeds of the past remain unspoken.

But Marta's new life is anything but simple. A new war has been brought home to her doorstep: Communist loyalists have infiltrated British intelligence, and the one person who holds the key to exposing the leak is connected to Marta's past. There is a traitor amongst them who needs to prevent Marta's involvement, and no one--not her former friends or current lover--can be trusted.